What is Computer Network? 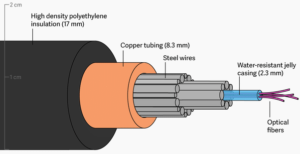 What are the various devices used in Computer Network

Hub: A network hub is a device that allows multiple computers to communicate with each other over a network. It has multiple Ethernet ports and can be used to connect two or more network devices. Any computer or device connected to the hub can communicate with any other device.

Switch:Switch is more advanced than hubs and less powerful than routers. Unlike hubs, switches can limit traffic to and from each port so that any device connected to the switch has adequate bandwidth. This is why you can think of a switch. as a “Smart Hub”.

Repeater: A repeater is an electronic device that receives and forwards a signal. Repeaters are used to extend transmissions so that the signal can travel greater distances or be received on the other side of an obstacle.

Gateway: A gateway is a network device that connects two networks with different protocols. It also acts as a “gateway” between two networks. This can be a router, firewall, server, or other device that allows traffic to flow in and out of the network.

Router:A router is a device that connects two or more packet-switching networks or subnets. It performs two main functions: it controls the traffic between these networks by forwarding packets to the required IP address, and allows Devices share an Internet connection.

Tips to build a Network Architecture:

Know about where to place various network devices?

A passionate content creator and author of this website having 10+ years of experience in education sector as a IT professional. His expertise in Python, C++, Java, MySQL, MongoDB and Artificial intelligence. […]