In this section we will discuss about the function in Python. It will help the students having Computer Science / Informatics Practices in Class 11 and 12.

In Python, a function is a set of related statements that perform a specific task. Functions help to divide our program into smaller and more modular parts. As our programs become larger and larger, these features make them more organized and clear. It also avoids duplication and allows code to be reused.

Functions are sub programs of a program. It means a function is a part of a program that carries out some well defined task.

These are the pre defined functions having some specific work to perform.

print ( ): print the statement or result itself (We don’t know how, we just use)

input ( ): Takes input from the keyboard (We don’t know how, we just use)

Library: A library is a bundle of code made to help you accomplish routine tasks more quickly. We just have to import the module in our program.

These are the functions which are defined/written by the user to perform some specific task.

Keyword def, used to mark the beginning of the function header.

We use it to pass values to the parameters (arguments) of the function.

The  colon (:) is used to mark the end of the function header;

The optional return statement is used to return a value from a function.

Creating a function in Python

Calling a function in Python

> Argument: a value that is supplied to the function by user

> Return: A value that a function returns to its calling place. (will not display the result until you print the result)

There are many ways to create a user defined function

1. No Argument No return

2. with Argument No return

3. No Argument with return

4. with Argument with return

Now we will discuss one by one with the help of a python program to add two numbers.

i) No Argument No return

ii) with Argument No return

iii) No Argument with return

Note: { As return does not show the result we have to store the returned value on another variable x}

iv) with Argument with return

Difference between Arguments and parameters

These two terms are very interchangeable, so it is not so important to know the difference. The terms they refer to are almost identical. However, in order to sound more professional, correct terminology is important. Variables that are in brackets when defining the function. When a method is called, the arguments are the data passed to the method’s parameters.

Function arguments : Arguments are used to pass information from the rest of the program to the function. This information return a result. There is no limit to the number of arguments that can be written. Depending on the type of function you’re performing, there might even be no argument.

In the example below, the variable name is the input parameter, where as the value, “Arnav”, passed in the function call is the argument.

If you wish to return some values from the function to the rest of the program, you can use the return statement. As the name suggests, it returns a value without printing it. Executing this statement will cause the Python function to end immediately and store the value being returned into a variable. 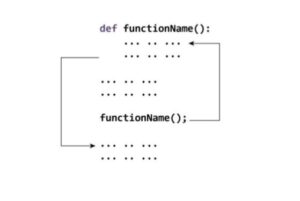 Scope and Lifetime of variables

Global variable: A variable that is defined in the main part of the programming and, unlike local variables, can be accessed via local and global areas.

In this article you learned functions in Python. For More on working with functions in python Check Here: Introduction to Python Module

Also Check: What is Random Module in Python? How to use random Module?