● The question paper is divided into 3 sections – A, B and C

● Internal choices have been given for question numbers 7, 8 and 12.

1. Give any two applications of stack

3. Differentiate between WHERE and HAVING clause

4. Consider the given code:

a) Which record will get inserted in the table by the above code?

b) What is the role of using commit() here?

5. Write the output of the queries (a) to (d) based on the table,EMPLOYEE given below.

a) SELECT SUM(SALARY) FROM EMPLOYEE WHERE CITY LIKE “M%”;

b) SELECT PAY_LEVEL FROM EMPLOYEE GROUP BY PAY_LEVEL HAVING COUNT(*)>1;

6. (a) Which command is used to view the list of databases in the system

(b) What is the difference between COUNT(*) and COUNT(<columnname>)

7. A department is considering to maintain their worker data using SQL to store the data. As a database administrator, Kiran has decided that :

Name of the database – Department

Name of the table – WORKER

The attributes of WORKER are as follows:

a) Write a query to create the given table WORKER.

Consider the table DEPT given below:

b)Name the constraint to be used while creating the table DEPT to ensure the column DEPTID is not null.

8. Amar has a list containing details, which include RNO,NAME and AGE , of 5 students. Write a program with separate user defined functions to perform the following operations

# Push RNO of students into a stack, where the corresponding age is less than 18

9 (i) Identify the error in the following SQL query which is expected to delete all rows of a table TEMP without deleting its structure and write the correct one:
DELETE TABLE TEMP;

(ii) Differentiate Primary Key and Foreign Key with an example

10. Pratap has created a table STOCK . Now, he came to know that one more column,STACKDATE is needed in the table and also wanted to modify the size of ITEM_NAME to 100.The table STOCK has the following structure:

Help him to complete the tasks by suggesting appropriate SQL commands.

11.  Write Queries a) to d) based on the tables STUDENT and LIBRARY given below:

b) To display all the students whose name, begin with ‘S’

d) To display admission number, student name and name of the book issued.

12 (i) Differentiate between Bus Topology and Star Topology of Network

Give the differences between HTML and XML.

(ii) How is switch different from hub? Which is more preferable in a large network of computers and why?

13. “Mumbai Corps” is planning to expand their network in India, starting with two cities in India to provide infrastructure for distribution of their product. The company has planned to set up their main office units in Mumbai at three locations and have named their offices as “Production Unit”, “Finance Unit” and “Training Unit”. The company has its corporate unit in New Delhi. A rough layout of the same is as follows: 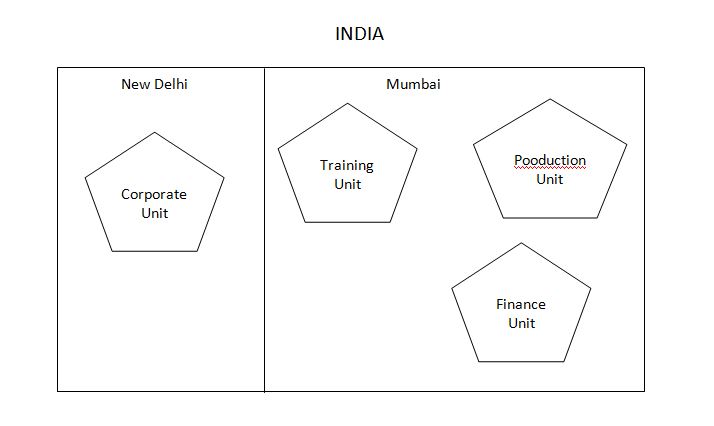 Approximate distances between these Units is as follows

In continuation of the above, the company experts have planned to install the following number of computers in each of their office units:

a) Suggest the kind of network required (out of LAN, MAN, WAN) for connecting each of the following office units:

i) Production Unit and Training Unit

b) Which of the following communication media, will you suggest to be procured by the company for connecting their local offices in Mumbai for very effective communication? Ethernet Cable, Optical Fiber, Telephone Cable.

c) Which of the following devices will you suggest for connecting all the computers within each of their office units?

d) Suggest the most suitable place to house the server for the organization with suitable reason.