● The question paper is divided into 3 sections – A, B and C

● Internal choices have been given for question numbers 7, 8 and 12.

1. What is a data structure? Give two examples.

Ans: Data structure is a means of organising and storing data in such a way that an operation can be performed on it more efficiently. Ex Stack, queue etc.

(ii) Which type of network (out of LAN, PAN and MAN) is formed, when you connect two mobiles using Bluetooth to transfer a video?

3. Differentiate between DDL and DML commands.

4. (i) Which function is used to check whether Python MySQL connectivity is successful or not?

5. Consider the table CLUB given below.

Write the output of the queries (a) to (d) based on the table, CLUB given above:

6. (i) Which clause is used to remove duplicate rows of the table?

(ii) Give one point of difference between primary key and foreign key.

7. Consider the table, STUDENT given below:

a) Write the degree and cardinality of the table STUDENT.

b) Identify the attribute best suitable to be declared as primary key.

a) Identify the candidate key(s) from the table INVENTORY.

b) Which command can be used to remove the table INVENTORY from the database HyStore.

8. Nandu has created a dictionary containing countries and continent as key value pairs of 6 countries. Write a program, with separate user defined functions to perform the following operations:

● Push the keys (name of the country) of the dictionary into a stack, where country belongs to continent “ASIA”.

If the sample content of the dictionary is as follows:

The output from the program should be:

Vaishnav has a list containing names of 10 cities. You need to help him create a program with separate user defined functions to perform the following operations based on this list.

● Traverse the content of the list and push those names which are having more than 5 characters in it.

Sample Output of the code should be:

Give the SQL command to add a new field, PRICE (of type Integer) to the medicalstore table.

Self Join → A self join is a join in which table is joined with itself.

10. An educational institution EducationPoint is considering to maintain their inventory using SQL to store the data. As a database administer, Ajay has decided that :

● Name of the database – EDUPOINT

● Name of the table – STUDENT

The attributes of student are as follows:

Help him to complete the task by suggesting appropriate SQL commands.

11. Write SQL commands for the following queries (i) to (iv) based on the relations Product and Client given below:

i) Write SQL query to display ProductName and Price for all products whose Price is in the range of 50 to 150.

iii)Write SQL query to display ProductName, Manufacturer and Price for all products that are not given any discount.

iv) Write SQL query to display ClientName, City, and P_ID for all clients whose city is Delhi.

i) Select ProductName , Price from Product where price between 50 and 150;

ii) Select * from Product where Manufacture in (“XYZ”,”ABC”);

12. (i) Give two advantages and two disadvantages of bus topology.

Cost effective as compared to other topologies.

Not useful for large networks

Very slow as compared to other topologies

Protocols: A set of fixed rules that determines how data is transmitted between different devices

(ii) Your friend wishes to install a wireless network in his office. Explain him the differences between guided and unguided media.

13. Tech Up Corporation (TUC) is a professional consultancy company. The company is planning to set-up their new offices in India with its hub at Hyderabad. As a network adviser, you have to understand their requirement and suggest to them the best available solutions. 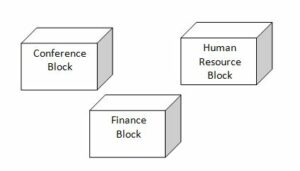 No. of Computers in Each Block

a) What will the most appropriate block, where TUC should plan to install their server?

b) Draw a block-to-block cable layout to connect all the buildings in the most appropriate manner for efficient communication.

c)What will be the best possible connectivity out of the following, you will suggest to connect the new set-up of offices in Bangalore with its London based office?

d)Which device will you suggest to connect each computer in each of the buildings?